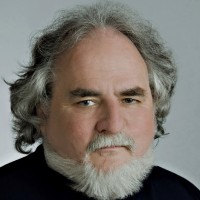 The Public Health Association of British Columbia was saddened to learn of the passing of our longtime friend, member, and PHABC Merit Award winner Dr. James Frankish.

Dr. Frankish had a passion and commitment to the promotion of public health. His distinguished career extended across three universities: the University of Toronto, the University of Victoria and lastly the University of British Columbia where he was Professor Emeritus at the School of Population and Public Health. He was an active mentor and educator to generations of public health professionals, having worked with students and colleagues from more than 34 disciplines. He was known to be a prolific researcher playing significant roles in more than 120 research projects.

As well as being a long serving member of PHABC, Dr. Frankish was also a well known community builder. He was also involved as a Member of the Board of Directors of the Lookout Emergency Aid Society, worked with the Impact on Communities Coalition for the 2010 Olympics, led projects on “high risk youth”, trained street youth as “Lay Health Ambassadors”; and served as the President of the Board of the Vancouver Crisis Centre. Most recently he was asked to serve on Mayor’s Task Force on Mental Health and Addiction for the City of Vancouver. Throughout his career he has practiced a philosophy of collaboration and partnerships with communities and community organizations, participation of people from vulnerable population groups, and participation of students in community-service learning – all to apply research knowledge to resolve important issues, such as homelessness.

His knowledge and commitment to issues in vulnerable communities had been recognized by the Canadian Government and various national organizations.  He was sought after for both his professional public health and local community knowledge to join high-level Committees and Boards, such as the Advisory Committee of the National Collaborating Centre on Determinants of Health, the Canadian Consortium for Health Promotion Research and the Board of the Canadian Association for Suicide Prevention. He made significant contributions to the important work of all these bodies to improve the public health of people throughout British Columbia and across Canada.

The Public Health Association of British Columbia extends its heartfelt condolences to the family and friends of Dr. James Frankish. His loss will be felt not only by those within our community, but across British Columbia, Canada and the public health academic world he loved so much.

This entry was posted in Uncategorized. Bookmark the permalink.